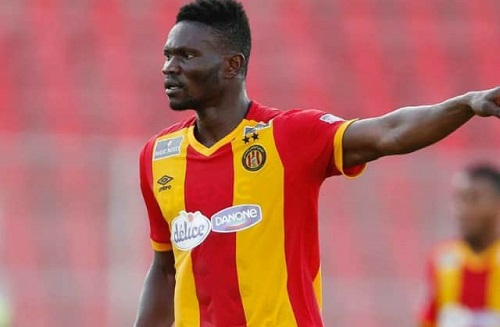 Agent of Kwame Bonsu, Yussif Chibash has confirmed that there is an interest in his client from a Chinese club.

His comments follow that of Kwame Bonsu affectionately called "Conte" who according to sources is set to make a move to the Chinese Super League after only joining Esperance a few months ago.

Responding to a question on Social media regarding his client making a move to Asia, Chibsah opined that a Chinese club wants the services of his player but refused to disclose the name of the team.

"All I can say is, there is interest from a Chinese club"

The former Gefle midfielder joined Kotoko in June 2018 and was a key member of the squad that reached the CAF Confederation Cup group stages that year.

He also aided Asante Kotoko as they triumph in Normalisation Committee Special Competition.

Conte earned a call-up to the senior national team in March 2019 for Ghana’s AFCON qualifier against Kenya and played briefly in a friendly against Mauritania. 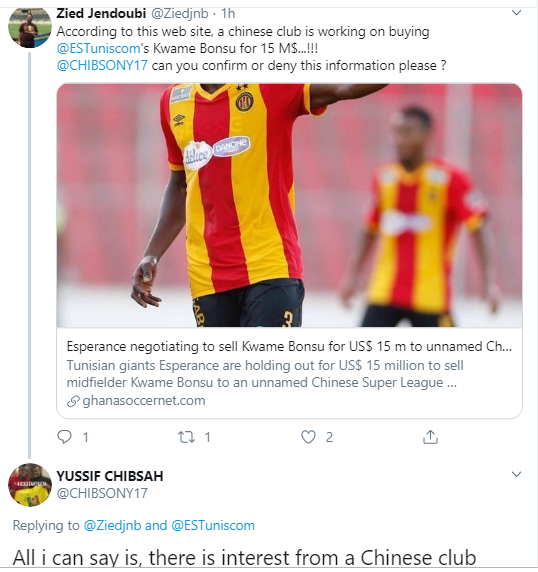