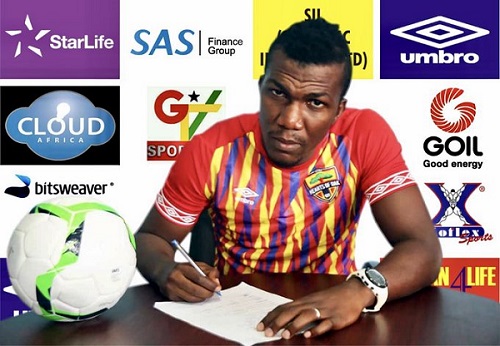 According to the former midfielder who aided Hearts of Oak to win the 2004 CAF Confederation Cup, Abednego Tetteh has the qualities to fill in the boots on departed Esso.

The Phoabians early this month parted ways with Joseph Esso after both parties failed to agree on contract renewal.

The news came as a shock to many who see Esso as an integral part of the team however Adjah Tetteh said neither Esso nor the club can be blamed for the collapsed talks and believes Hearts have done good business with the addition of Abednego Tetteh.

“Esso’s exit might not really affect them because they have now signed Abednego Tetteh.

"I think both parties had their own reasons why an agreement cannot be reached.

“Let’s just hope the team can bounce back in the new season and win trophies. That is what the fans are expecting.” He concluded.

Meanwhile, Abednego Tetteh is waiting for the resumption of the 2020/21 Ghana Premier League to showcase his qualities. The former Bechem United striker joined Hearts of Oak on a three-year contract to augment coach Edward Nii Odoom's attack.