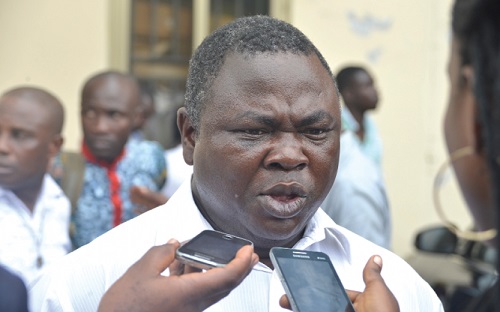 Albert Commey has refuted claims that he has resigned as the Chief Executive officer of Aduana Stars.

Media reports went rife on Saturday morning that, the Albert Commey has stepped down from his position and he is set to take over from Kurt Okraku as the CEO of Dreams FC.

Speaking to Kumasi-based Kessben FM, he confirmed that he is still at post and but he feels betrayed he was stripped of his voting rights ahead of the GFA elections.

"I can confirm that I have not resigned and I have not sent any letter to Dormaahene Osagyefo Agyeman Badu II."

When asked if he sees himself working at Dreams FC in future, he said the Dawu-based club is his home and the future will decide.

"I will not deny that in future I will work there but I'm currently the CEO of Aduana Stars."

His resignation rumour comes on the back of Kurt Okraku who announced his decision to resign as CEO of Dreams FC should he win the GFA Presidential election as the former Hearts of Oak management member is a loyalist to newly elected Ghana FA president Kurt Edwin Simeon Okraku.

“I wish to announce that I will step down as the chief executive officer of Dreams FC football club if given the mandate as the Ghana Football Association President," Mr Okraku said.

"This is to enable be dedicate my time and serve the Association.”

Albert Commey has been Aduana Stars CEO since his appointed in November 2013.
He led Aduana Stars to lift their second Ghana Premier League trophy in the 2016/17 season.