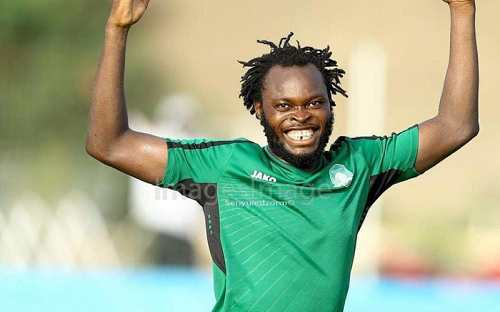 Speaking to Kumasi based Nhyira FM, the captain of the 'Ogya Lads' Elvis Opoku said, the former Asante Kotoko attacker will be assisted to emerge top scorer at the end of the season.

"We are ready to push Yahaya Mohammed to win the goal-king as well as the Aduna Stars club for the league title.â€

The support comes at a timely moment as Yahaya Mohammed is joint-top scorer with Inter Allies' Victorien Adebayor with 8 goals after 9 games.

Yahaya in a recent interview stated that his target for theÂ on-going 2019/20 Ghana Premier League is to emerge the top scorer.

"Winning the goal king is now my prime target in the league. Normally in the Ghana Premier League, some players score 16, 17 goals to win the goal king accolade. As a striker, I want to win [it] bypassing those figures to add it to my personal records as an achievement.", he told Kumasi-based radio station Angel FM.

"I have to increase my goals tally say with 20 or 21 in annexing the individual coveted prize in order to leave a record when it comes to the number of goals to be scored in winning the award.

"So with hard work and training together with determination, l know that l would be able to achieve all these targets l'd set for myself at the end of the season.", he concluded.