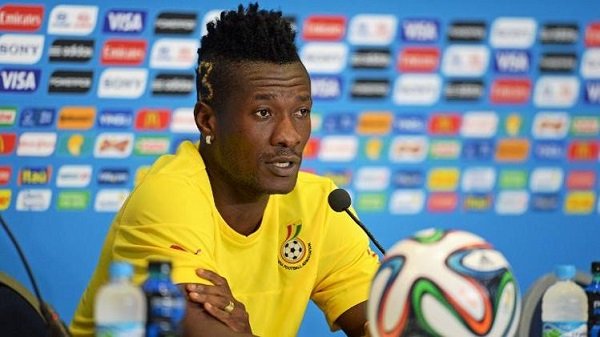 Gyan is the West African nation’s all-time leading scorer with 51 goals to his credit.

The 32-year-old Kayserispor hitman became the continent’s top scorer in FIFA World Cup history after scoring for the Black Stars in the 2-1 defeat against Portugal during the 2014 tournament in Brazil.

Johnson believes that Gyan's record in the four-time Africa champions gives him the edge over any other Ghanaian players to have donned the national team shirt.

“Gyan is the greatest player of all time. He has done everything than everyone who has played for the black stars. When it comes to goal scoring, he is better than everyone, He is the only player in Africa who has more goals in World Cup,” Johnson intimated on Happy FM.

The former Hearts of Oak defender added that in times when things are difficult for Ghana, Gyan delivers.

“Times when things are difficult for Ghana in a particular match, Gyan will come from nowhere and will make things possible,” he said.

Johnson also called on the general public to rally behind the Black Stars in the upcoming 2019 Africa Cup of Nations tournament in Egypt.

The team will kick start their campaign against Benin on June 25 at the Ismail Sports Stadium.