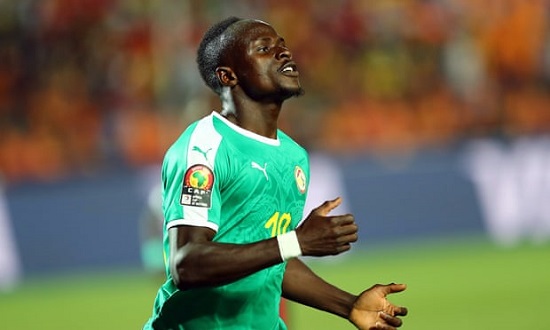 Sadio Mane scored the only goal of the game as Senegal eased past Uganda and booked their place in the quarterfinal of the Africa Cup of Nations.

The Liverpool forward had a second half penalty saved by Uganda Denis Onyango which did not proved costly as the Teranga Lions set up a quarterfinal clash with Benin who earned a shock 4-1 penalties win against Morocco following a 1-1 draw earlier on Friday.

- Senegal have won their first knockout stage game in the Africa Cup of Nations since February 2006, a quarter-final victory over Guinea (3-2).

- Uganda have won only one of their last eight Africa Cup of Nations games (D2 L5), after winning three of the previous four (L1).

- No player has taken (four) nor missed (two) more penalties than Sadio Mane in the Africa Cup of Nations since Opta began analysing the competition in 2010.