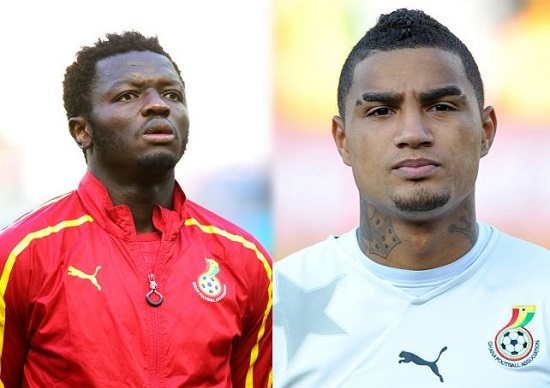 Former Ghana international Nii Odartey Lamptey has added his voice to the debate on whether Kevin-Prince Boateng and Sulley Muntari should be handed call-ups to the Black Stars for the AFCON 2019 in Egypt.

According to the 1991 U-17 FIFA Best Player, the decision to call the duo solely rests on the technical team of the Black Stars and he will pick Muntari over Boateng due to the former exploits with the Black Stars.

Barcelona forward Boateng, 32, and 34-year-old Muntari, who currently plays for Spanish second tier side Albacete Balompie, have both expressed an interest in joining the Black Stars for the continental gathering after a five-year absence.

They have been away from national duty since being sent home from camp during the 2014 Fifa World Cup in Brazil.

"If Kwesi Appiah and his technical team believe they [Muntari and Boateng] will help the team, why not?

"Somebody like Sulley, you can't take anything away from him but with Kevin, I have seen him play only once for the national team when we went to the World Cup.

"With Sulley, yes I can give him that opportunity."