Diawisie Taylor: I deserve to be in Ghana's squad for AFCON 2019 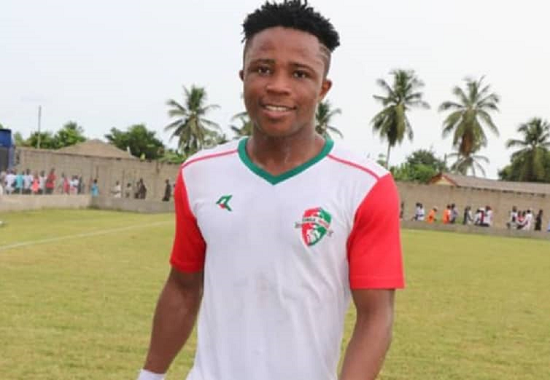 Diawisie Taylor: I deserve to be in Ghana's squad for AFCON 2019
Shares

Karela United talisman, Diawisie Taylor reckons that he deserves to be included in coach Kwesi Appiah’s  23-man squad for AFCON 2019.

The 19-year-old whose name has been on the lips of Ghanaians for the exceptional performances he is putting in match after match for Karela United in the Normalization Committee’s Special Competition believes, he has done enough to warrant a place in the Black Stars set-up for Africa showpiece tournament slated for June 21 – July 19.

He is leading the goal king race in the Normalization Committee’s Special Competition with 8 goals after 11 games.

According to Taylor, it’s always a dream for any player to wear the national team colours and it’s an opportunity he will grab with both hands as he awaits his first national team call-up.

“If l am to take some factors into consideration, l really deserve to be in the squad for the AFCON,” Diawisie told Kumasi-based radio station Angel FM

“But all depends on the head of the technical team for if he calls me fine… and If he didn’t…we then have to see what God has in stock for me with regards to the national team call-up,”

“It’s the prayer and aspiration of every player to don the national colours of his country but if it didn’t happen at the targeted period in one’s career, it must have no telling effect momentarily in ones outing as what may be ahead in the future will be enormous in his playing career."

"So l am praying that l will soon get the opportunity to play for the national team.”

Meanwhile, Taylor will be seeking to boost his reputation for a national team call-up as he will be leading the attack for Karela United when they play Hearts of Oak in Week 12 of the Special Competition on May 15.