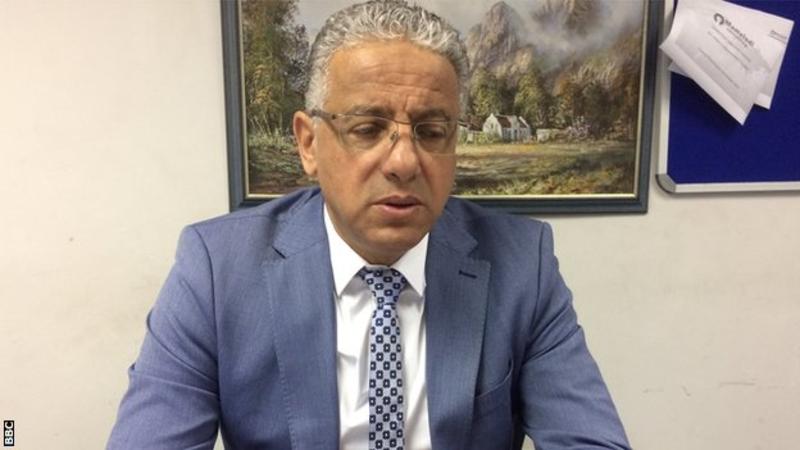 Belgian Adel Amrouche has coached Burundi, Kenya and Libya in the past

Botswana coach, Adel Amrouche has excluded four players from his latest squad for disciplinary reasons, after they were caught drinking alcohol in October.

Amrouche has named a 25-man squad for the Africa Cup of Nations qualifiers against Zimbabwe on 15 November and Algeria three days later.

The quartet Mothusi Johnson, Mothusi Cooper, Onkabetse Makgantai and South Africa- based Thero Seetsile were all found drinking after Botswana's 1-0 loss in a World Cup eliminator in October.

Amrouche said the players would not be considered until appropriate action is taken.

While the Botswana Football Association (BFA) has not disciplined the players as yet its general manager, Monnakgotla Mojaki said the governing body has drawn up a code of conduct for the players.

"We will be discussing the code of conduct with the players, through their union, so that they are governed by rules and regulations," he explained.

"And then they will know right from wrong, and this will also determine what action can be taken."

The squad includes six overseas-based players including two from Europe; Mpho Kgaswane who is at Azerbaijani side Zirah FC and winger Kabelo Seakanyeng, from Malta's Lijah Atlhetic.

The other four all ply their trade in South Africa; goalkeeper, Ezekiel Morake and Mosha Gaolaolwe are both with second-tier TS Galaxy while Mogakolodi Ngele of Black Leopards and Highlands Park's Lesenye Ramorake play in the top-flight.

Amrouche delayed making his squad public in order to speak directly to all the clubs who have players in squad first.