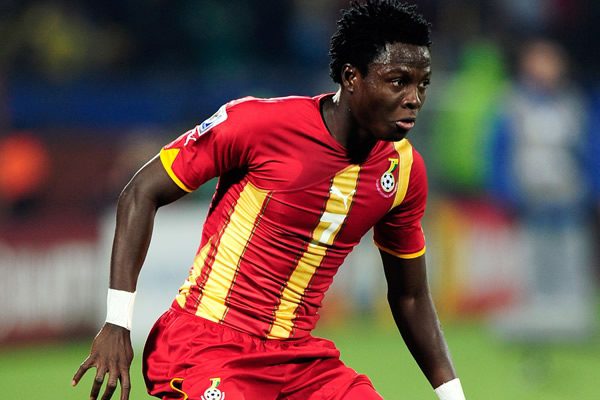 Dunav Ruse right-back Samuel Inkoom has been handed a late call-up to the Black Stars for Ghana's upcoming AFCON 2021 doubleheader this month, according to reports.

The former Asante Kotoko defender is coming in as a replacement for Harrison Afful who has withdrawn from Kwesi Appiah's 23-man for the AFCON 2021 qualifiers against South Africa and Sao Tome and Principe due to injury.

Inkoom has made nine league appearances for Dunav Ruse in the Bulgarian top-flight this season so far.

The 30-year-old has featured 46 times for Ghana, having a single goal to his credit.

He was part of the Black Satellites squad that shocked the world by winning the 2009 FIFA U-20 Tournament in Egypt.

Ahead of the doubleheader, Ghana Football Association have launched a campaign#BringBackTheLove aimed at igniting passion and galvanising support for the Black Stars as they seek to redeem themselves after their disappointing Afcon 2019 campaign in Egypt.