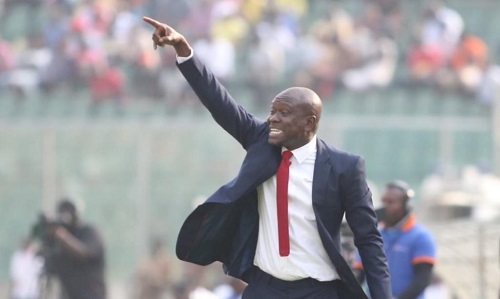 Newly-appointed deputy coach for the Black Stars, Charles Kwablan Akonnor is urging the new players called up for Ghana's doubleheader for the AFCON 2021 qualifiers to seize the opportunity to pave way for other players.

Head coach of the Black Stars Kwesi Appiah has invited seven new players as part of his 23-man squad for the upcoming AFCON 2021 qualifiers against South Africa and  São Tomé and Príncipe on November 14 and 18 respectively.

READ ALSO:  I'm the best goalkeeper in the squad - Abalora after earning Black Stars call up

According to the former Asante Kotoko trainer, the seven debutants should prove to Ghanaians why Kwesi Appiah called them.

“They should know that if they do well, they would be head…this time round we have a lot of players both in Ghana and abroad and they should seize this opportunity to give their all in order to repose the confidence the coach had in them before inviting them,” Akonnor told Graphic Sports.

The Black Stars are expected to begin training in Cape Coast from Monday 11 November 2019 with the team expected to hold one training session a day.