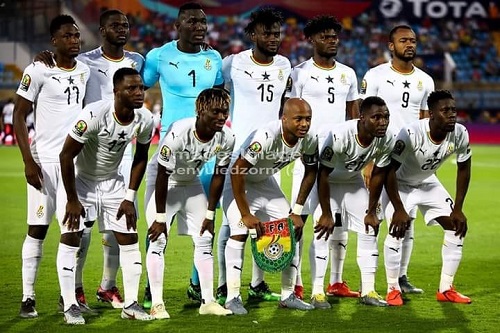 The ticket prices for the match between Ghana's Black Stars and South Africa for the AFCON 2021 qualifier has been reduced.

This latest development comes on the back after the National Sports Authority had earlier announced that the ticket prices for the clash which will cost 10 and 20 cedis respectively.

However, the Ministry of Youth and Sports has confirmed that there has been a reduction in the prices of the matchday tickets.

"The Ministry of Youth and Sports has reduced ticket prices for "popular stand" for tomorrow's Afcon 2021 qualifier with South Africa at the Cape Coast Sports Stadium from 10 Cedis to 5 Cedis. The VIP will go for 20 Cedis."

The Black Stars will be squaring off with Bafana Bafana in their opening Group C match at the Cape Coast Stadium on Thursday, November 14 at 7:00 pm.

Ghana will be hoping to begin their qualifiers on a good note to appease their supporters after the failing to annex the just ended AFCON.

Ahead of the clash, Ghana Football Association have launched a campaign #BringBackTheLove aimed at igniting passion and galvanising support for the Black Stars as they seek to redeem themselves after their disappointing AFCON 2019 campaign in Egypt.

"We have to be very careful. Starting on the front foot can get us an early goal and unsettle Ghana. But at the same time, if you give Ghana too much possession, they can easily hurt you," Ntseki told the media.

"They are at home‚ they will have the support and confidence. So, it’s a game where one has to be very cautious."