Afena-Gyan set to leave AS Roma 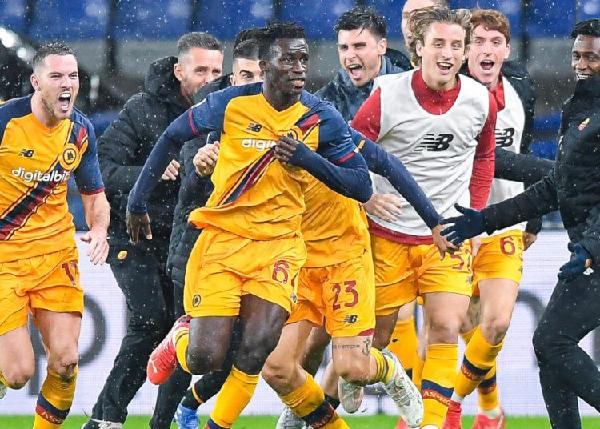 Striker Felix Afena-Gyan is likely to make a move in the summer transfer window, his agent Oliver Arthur has hinted.

According to Arthur, who is the head of Arthur Legacy, the 19-year-old might move but they are unsure of the club he’ll join in the upcoming transfer window.

He said any switch to a new cub would happen due to lack of regular playing opportunities at Roma.

When quizzed on the reported links to Sassuolo he brushed it aside.

Roma-Sassuolo I don’t know about that, I also read it in the news but it is possible that Afena-Gyan might move from Roma because I think he has to play regularly, he has to play 90 minutes. He needs to play week in, week out. I am not sure about the club he’s joining yet but May-June is when the Window opens so let’s see,” Oliver Arthur told Max TV.

Felix Afena-Gyan joined the Roma youth academy last year, but the 18-year-old exploits earned him a place in the senior team.

He made headlines after his brace against Genoa this season on Novermber 21, 2021.

The forward came off the bench at Marassi in the said match with the score still locked at 0-0 and scored both goals to give the Giallorossi their 2-0 victory.

Despite his exploits, he is yet to start a game for Roma, mostly coming on for English forward Tammy Abraham.

Felix Afena Gyan made his debut for the Black Stars against Nigeria in the 2022 World Cup playoff in Kumasi in the first leg.