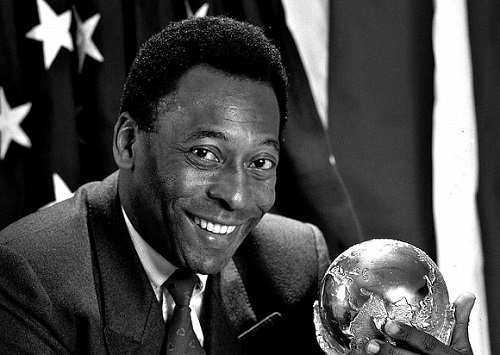 He said it was a privilege that he had the chance to watch Pelé play football during his playing days.

Akufo-Addo believes 'there will never be another player like Pelé.'

Born as Edson Arantes do Nascimento but known globally as Pele, the Brazilian superstar died on Thursday, December 29, 2022, at the Albert Einstein hospital in Sao Paulo following a battle with cancer. He was 82.

He is the only player to have won the World Cup three times.

There has been a 3-day national mourning declared in Brazil.

Akufo Addo wrote: “The whole world of sports is poorer today for the loss of one of its greatest figures, certainly its greatest soccer player, with the departure to Heaven of Edson Arantes do Nascimento, the iconic, legendary Pele. Those of us who had the privilege to witness his incomparable career will cherish forever the memories of skill, talent, determination, and sheer athleticism which we derived from his playing of the game he himself described as "the beautiful game"

“He used his towering status to be an advocate for the poor, for children, for young people, for black people, and to be an inspiration to several generations of footballers. The Ghanaian people, who admired him deeply, join me in expressing our heartfelt condolences and sympathies to his family, the Brazilian people, the Brazilian government, and football and sports lovers the world over,” President Akufo-Addo said in his statement.

Akufo-Addo added, “There will never be another like him. May his soul rest in perfect peace with the blessings of the Almighty.” 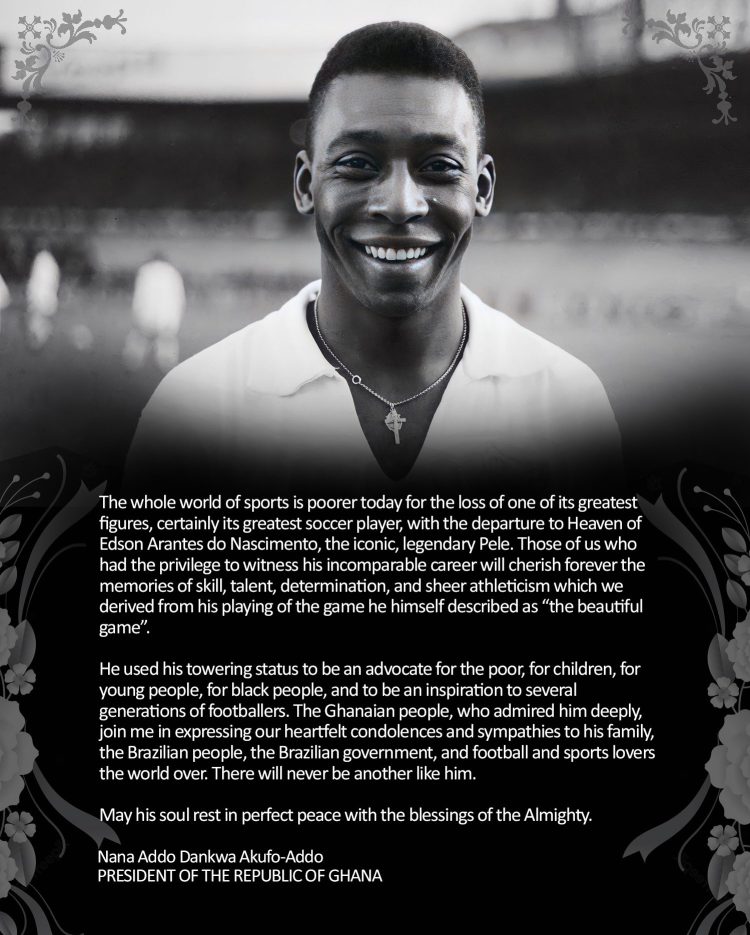