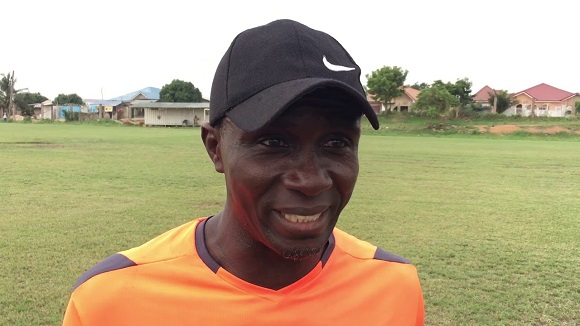 Former Hearts of Oak star, Amankwah Mireku has expressed his desire and readiness to accept Hearts of oak assistant job should they come calling for his services.

Reports in the media this week suggested that the Phobians who last week named Carlos Vaz Pinto as their new Technical Director ahead of the new football season has been tasked to be the head coach with Edward Odoom demoted to Aurous.

With the assistant coaching job vacant, the reports added that Hearts of Oak are set to announce the appointment of Amankwah Mireku and Lawrence Adjah-Tetteh as assistant coaches for the senior team.

Reacting to the reports, Mireku, indicated that he has not been contacted officially for the job but says he is ready to accept it.

"Officially, I have not received any appointment/call from Hearts of Oak. Why not!, he said when asked if he would accept the job when the Accra based club makes an offer.

"I feel that management will hand such roles to you knowing your capabilities. It will be a privilege for me to serve the club that I played for."

The Phobians start their 2020/21 Ghana Premier League with an away game against Aduana Stars at the Nana Agyemang Badu Park.

Hearts of Oak on October 22  officially announced the appointment of Carlos Manuel Vaz Pinto as their new Technical Director.

Hearts of Oak have not had a substantive head coach since parting ways with Kim Grant in December last year.