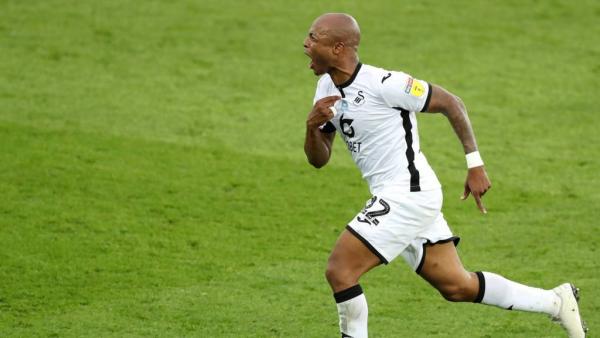 Andre Ayew has remained coy on his long term future at Swansea City Despite being linked with a move away from the Liberty Stadium.

Fresh off his man of the match performances against Brentford in the play-off semi-final first leg, Ayew says he is future will soon be sorted out.

" They know this club means a lot to me ... I have a great bond with them. I love to do this for them before thing about anything else, my focus is on Wednesday because it's very important."

Steve Cooper’s Swansea head to west London with a 1-0 lead thanks to Andre Ayew’s stunning winner at the Liberty Stadium on Sunday night.

Swansea will take a 1-0 lead into Wednesday's second leg at Griffin Park after Ayew lashed home eight minutes from the end to give the hosts an advantage.

Steve Cooper has disclosed that Swansea City will hold talks with Andre Ayew once the current campaign comes to an end.

Ayew who has been a mainstay in Steve Cooper’s side has one year left to run on his contract. His form this season have generated interest from clubs in the Premier League and overseas.

Due to that, the Welsh club wants to tie the Ghana international attacker down to ward off interest.