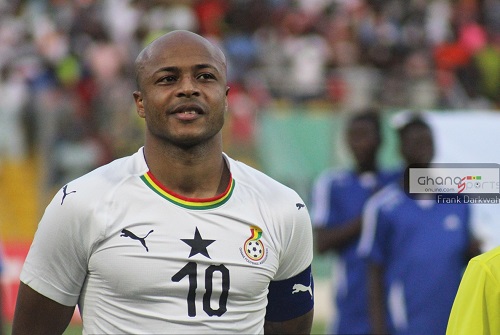 Charles Kwablan Akonnor has confirmed that there will not be a change of captaincy as Andre Ayew will lead the team during his tenure.Â

Akonnor made this known when he met the press at the Accra City Hotel in Accra and revealed his maiden Black Stars call up for the upcoming doubleheader against Sudan this month.

Prior to AFCON 2019Â Kwesi Appiah has named AndrÃ© Ayew as the permanent captain of the team, a decision CK Akonnor is not ready to reverse.Â

Ayew will be leading the team asÂ Ghana hosts Sudan at the Cape Coast Sports Stadium on March 27 and then play the reserve fixture on March 30 inÂ Omdurman.Â