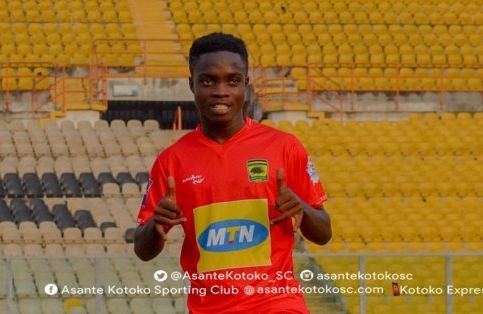 Samuel Anim Addo who is the agent of Asante Kotoko attacker, Mathew Anim Cudjoe has confirmed that the youngster will be having a trial with European giants Bayern Munich.

According to GFA Executive Council member, Cudjoe will be having a two weeks trial with German club, Bayern Munich in February.

Speaking to Peace FM, Anim Addo, added the youngster in available for selection in Ghana's version of El Clasico coming off on Sunday, January 26 at the Accra Sports Stadium between Hearts of Oak and Asante Kotoko.

"I can confirm that he will be having trials with Bayern Munich in February and will be spending a maximum of two weeks."

"He is in the country and available for selection, he is a player of Asante Kotoko and will be with them till the end of the season."

The 16-year-old sensation has attracted interest from hosts of clubs due to his exceptional talent which has earned him the nickname "Messi".

He took just 12 minutes to announce his presence in Ghana’s domestic front at the Baba Yara stadium in Kotoko's 2-1 win against Hearts of Oak in the 2019 President's Cup.

He finally got off the mark the 2019/20 Ghana Premier League in the Porcupines 2-0 win over Ebusua Dwarfs last weekend. Cudjoe slotted home after latching onto a header from Justice Blay.

Mathew Cudjoe Anim took to twitter to revel his maiden goal for the Kumasi-based club.