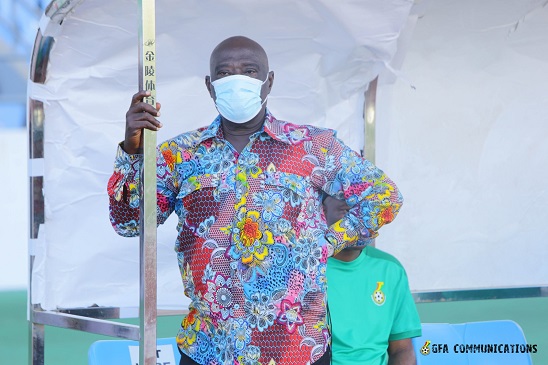 Annor Walker, the head coach of the Black Galaxies expressed his delight with the win by his men against Benin in the African Nations Championship qualifiers which took place in Cape Coast on Sunday.

Daniel Afriyie Barnieh, Mohammed Alhassan and Gladson Awako found the net for the hosts in a game they dominated from start to finish.

In the post-match conference, Walker made his happiness known to all.

“[I am] more than a happy man today because it’s a match that I was determined [to win] and got myself ready to win. I wanted four goals but God gave me three and I have accepted it,” he said.

Ghana have not played in the African Nations Championship since 2014 and edge closer to a return.

The second leg is scheduled for Saturday, July 30 in Porto-Novo, with the winner of the tie facing Nigeria in the final round.