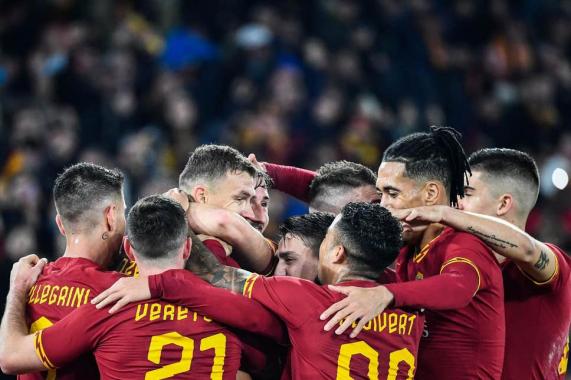 AS RomaÂ have announced that their players and coaching staff will forgo four months' salary to ease the financial strain on the club due to theÂ coronavirusÂ pandemic.

Roma last played on March 1, with football across Europe shut down due to theÂ Covid-19Â crisis. Italy was particularly affected by the virus, with over 23,000 people dying.

With no timeframe as to when theÂ Serie AÂ season will - or even if it will - restart, Roma players, coach Paulo Fonseco, and his coaching staff have agreed to forgo wages for March, April, May and June.

The players players will also top up the wages of other club employees who were placed on the Italian government's social safety net scheme to ensure they received their regular monthly income.

Roma CEO Guido Fienga said: "We always talk about unity at Roma and in volunteering to cut their salaries for the rest of the season, the players, the coach, and his staff, have all proved that we really are in this together,â€ said Fienga.

â€œ[Club captain] Edin Dzeko, all the players and Paulo have demonstrated they understand what this club stands for and we also thank them all for their superb gesture towards the employees at this club.â€

Roma added that if the 2019/20 campaign resumes, then players and coaches have agreed an incentive-based payment plan if the club meets certain targets. Club management will also be taking salary cuts.

A letter from Roma's players to the club read: â€œWe are writing to express our support to the company for all that it is doing in this period to overcome the difficulties created by the Covid-19 emergency.

â€œWe players are ready to start playing as soon as possible, giving the maximum to achieve our goals, but we also realise that all this will not be enough to face the economic consequences of the current emergency.

"With the hope of doing something that will help the company to better restart the Roma project that we all share, we offer this financial proposal.

â€œWe also confirm all of our support for the initiatives of AS Roma and Roma Cares to help those who find themselves in difficulty because of the virus. Forza Roma!â€