Asante Kotoko eulogize Hearts of Oak on their 108th anniversary 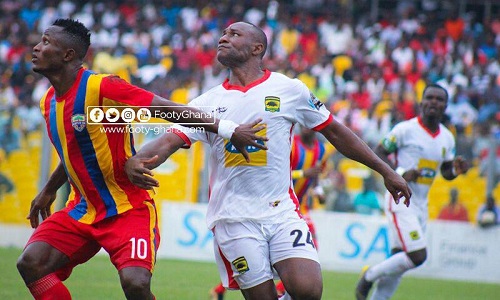 Ghana Premier League club, Hearts of Oak is celebrating its 108th anniversary and Kumasi Asante Kotoko have put rivalry aside by celebrating their bitter foes.

The Rainbow club the oldest club in the country turned 108 today, November 11 and their bitterest rival have taken to social media eulogize the 1911 club.

Kotoko tweeted: ''Happy Anniversary to Hearts of Oak - They are 108 years old today!🙌🥳'' 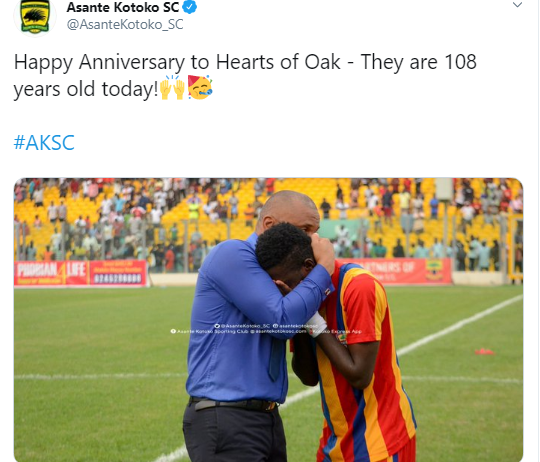 Hearts of Oak as part of their anniversary will today cut sod for the construction of the Pobiman Academy Project.

Accra Hearts of Oak Sporting Club, commonly referred is a professional sports club based in Accra was founded on 11 November 1911.

The club competes in the Ghana Premier League, the Premier Division on the Ghanaian football pyramid and plays its home matches at the Accra Sports Stadium.

Hearts of Oak have won the Premier League twenty times, the FA cup a record ten times, the President's Cup twice, and the CAF African Champions League and the CAF Confederations Cup each once.

The team's current coach is Kim Grant and is preparing the club for the upcoming Ghana Premier League.