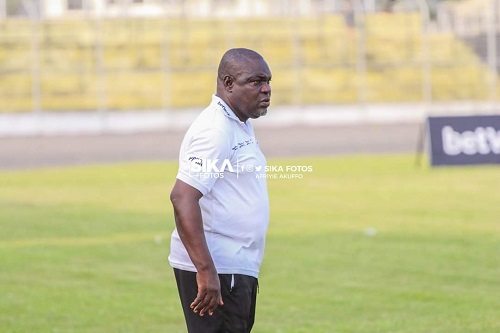 AshantiGold coachÂ Yakubu Sheriff Mambo has insisted that the team needs to be totally overhauled following their humiliating defeat to WAFA on Sunday.

The Miners were walloped 6-1 by the Academy Lads at the Sogakope Park on Sunday. A result that have dropped AsantiGold fromÂ the summit to 4th on the league table, two points adrift of leaders Aduana Stars.

Speaking to reporters after the game, coach Mambo said, "It has already happened and there is nothing we can do about the result. I am not happy at all looking at the way we played today."

"We have to work it out very well and very early. There must be a total overhaul and we need to prepare ourselves for the next game."

"We also have to psyche the players very well and see how best we can go forward."

The Academy Boys were at their best on Sunday as they demolished the Miners at their favourite home ground.

Konadu Yiadom scored twice and his first goal came through a header from a corner kick in the 26th minute but AshantiGold equalized 10 minutes later courtesy Amos Kofi Nkrumah.

Thirty-nine minutes into the first half, Andrews Ntim Manu shot from close range to hand the home side their second goal.

After recess, WAFA continued from where they left in the first half, piling more pressure on AshantiGold.

In the 47th minutes, Yussif Mubarik brought down Sampson Agyapong in the box and the referee whistled for a penalty. Ibrahim Abukari, the skipper of the side, elected himself and slotted the ball beautifully into the net.

Konadu Yiadom came through with another goal, scoring a brace in the 76th minutes and made it 4-1 in favour of the home side.

Six minutes from time, substitute Daniel Owusu was put through by Eric Asamanyâ€™s pass and the youngster fired home the 5th goal for WAFA.

Deep into time added on, debutant Haruna Mola tapped in a brilliant cross from Youssoufou Atte to complete the emphatic win.Â  This is WAFA's first win in five home matches.