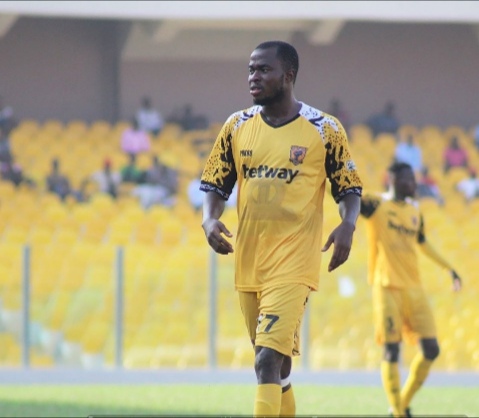 The club have tied down Appiah Maccarthy and Richard Osei Agyemang to fending off interest from other clubs.

Appiah Maccarthy who joined the Miners from Asokwa Deportivo in the 2016/2017 season has spent 4 seasons with the club, has penned a new two-year with the club, until July 2022.

The 24-year-old played a total of nine (9) games in the truncated 2019/2020 league season, after recovering from an injury which kept him on the sidelines for close to two months.

Richard Osei Agyemang after his initial 3-year contract with the Miners ended last month has renewed his contract with Ashantigold for three years.

The new agreement will see the defender stay with the club until August 2023.

The 25-year-old defender featured in 5 games in the truncated 2019/2020 league season, after suffering from an injury which intermittently kept him on the sidelines.

Upon renewing his contract, the player expressed his excitement and reiterated his commitment to the club:

“After spending three seasons with the club, I am really excited to renew my contract. I am having great expectations. I am excited to accept this offer to stay at Ashantigold so that I can contribute to the success of the club”.

Agyemang, who has now recovered from his injury anticipates a successful stay at the club, as he awaits the resumption of football activities in Ghana.

The contract extension of the duo comes as a major boost for the team as part of preparations towards the 2020/2021 season.