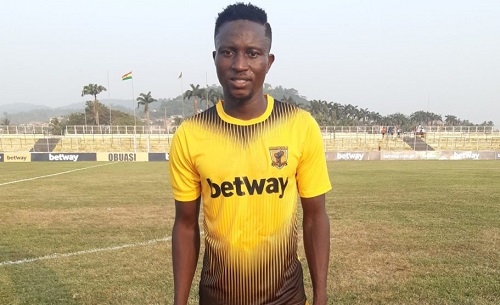 AshantiGold defenderÂ Mubarik Yussif has named the toughest striker he has come up against this season.Â

The defender has been a rock-solid for the Miners as they have one of the best defence in the league this season. They lie 5th on the log with 25 points.

After 15 matches in the suspended Ghana Premier League, the defender has come up against some tough strikers.Â

â€ All the strikers are tough and difficult to play against. I didnâ€™t find it easy against all of them but stopping Yahaya Mohammed was the difficult of all."

Yussif Mubarik this season became the first player to win AshantiGold's Player of the Month after beating off competition from goalkeeper Frank Boateng, James Akaminko and Mark Agyekum.

It is an award introduced by a section of AshantiGold fansÂ in a way to motivate players in every game they play.

The Ghana Premier League is currently on breakÂ due toÂ Covid-19 pandemic.