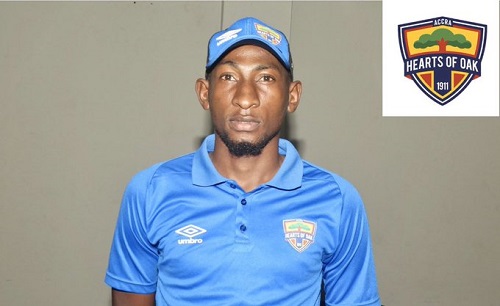 Ghana Premier League side Hearts of Oak has wrapped up the signing of Nigerien international midfielder Abdourahamane Mamane Lawali to reinforce their squad.

In a move to strengthen their squad before the suspended Ghana Premier League resumes, the 1911 club have has secured the services ofÂ the Niger national team player and formerÂ Al-MerrikhÂ midfielder.

TheÂ 23-year-old has joined the Phobians on a 2-year deal.

The club on Thursday Tweeted: Hearts Of Oak is delighted to announce the signing of Niger national team player, Abdourahamane Mamane Lawali. The defensive midfielder has signed a 2-year contract with us.Â

Abdourahamane Mamane Lawali is the first player to join the Phobians in this transfer window and the club have confirmed that 3 more will be announced in the coming days.

Mamane has featured two times for the Niger national team and made his debut on 10 September 2019 against Morocco.