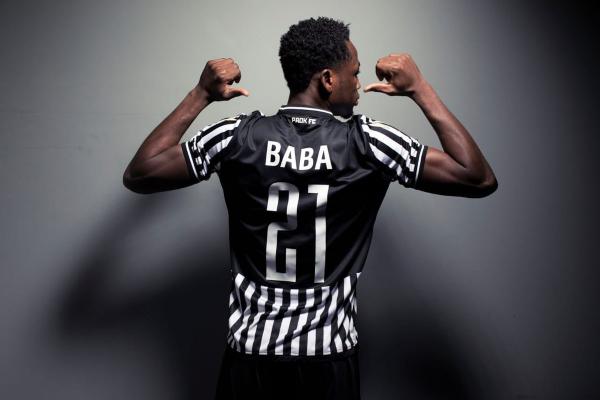 Baba Rahman says he is eager to settle into his new environment after completing his move from Chelsea to Greek side PAOK Thessaloniki.

The left-back over the weekend joined the Greek side on loan for the remainder of the season, as the club officially announced.

Prior to joining the Greek side Baba Rahman has had loan spells Schalke O4, RCD Mallorca and Stade Reims.

He would have the option to extend the loan move to a further year if he impresses.

"Very happy to have joinedPAOK Thessaloniki and looking forward to helping the team achieve its aim for the season," he said.

Greece has always been a historical country and I'm desperate to learn the language and sink myself in the culture already."

Rahman 26, will hope to and will use this opportunity to get his career back on track.

Baba Rahman’s career since joining Chelsea in 2015 has been mired with injuries, including a cruciate ligament rupture in January 2017 that kept him out of action for almost one and a half years.

He had been training with Chelsea’s development team this season,as he was not included in the Chelsea first team squad for the 2020/2021 season. He featured for the Chelsea reserves.

At PAOK, who are currently in 4th place in the Greek Super League, he will be expected to fill in as a starter at the left back position after Dimitrios Giannoulis’ departure to Norwich City.