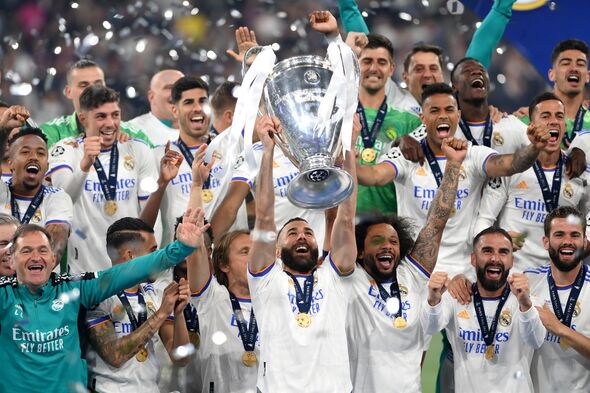 The 2022 Ballon d'Or ceremony doesn't take place until Monday night, but the results of the main awards have already been 'leaked'.

The 30-player shortlist was announced back in August with several Premier League players included.

Lionel Messi was left out of the shortlist for the first time since 2005 after a difficult debut season at Paris Saint-Germain. Liverpool and Manchester City players dominated the list with the likes of Mohamed Salah, Trent Alexander-Arnold, Phil Foden, Riyad Mahrez and Kevin De Bruyne all included.

Bukayo Saka was the only Premier League star to be nominated for the prestigious Kopa Trophy award while four English top-flight goalkeepers are on the list for the Yashin Trophy. Messi was awarded the Ballon d'Or last year - the seventh of his career - extending his record over Cristiano Ronaldo.

Luka Modric is the only player outside of Messi and Ronaldo to win the Ballon d'Or in the last 13 ceremonies. But that is set to change this year with Karim Benzema the strong favourite to win the 2022 award.

And it's already been 'leaked' that Benzema will in fact be named the Ballon d'Or winner for this year. Spanish outlet Marca claim Benzema will beat off close competition from Sadio Mane, Kylian Mbappe and Robert Lewandowski.

Benzema played a huge role in Real Madrid's incredible Champions League triumph last season. He scored an insane 15 goals in just 12 games including hat-tricks against both Paris Saint-Germain and Chelsea.

The Belgian shot-stopper was named man of the match in the Champions League final win over Liverpool after pulling off a number of incredible saves. It's set to be a clean sweep for La Liga too as Barcelona starlet Gavi will supposedly be named the winner of the Kopa Trophy.

Despite being just 18 years of age, Gavi has already established himself as a key member of Barcelona's starting line-up and is seen as a superstar of the future.