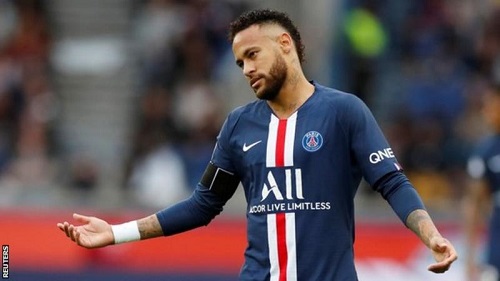 Barcelona's players were so desperate to sign Neymar this past summer that they were willing to see their own salaries reduced in order to clinch the Brazilian's arrival, Gerard Pique has said.

A number of other players in the Blaugrana squad were aware that the issues in the deal revolved around financial fair play (FFP), and offered a remedy to the club.

"What we proposed to [Josep Maria] Bartomeu was a touching up of our contracts," Pique told Cadena Ser's El Larguero."Because we knew it was a FFP thing.

"The relationship with the president has always been very good and we told him that we could change things so that Ney could come.

"If we could help, we didn't have any problems. We tried to find a formula and the club said that it seemed good."Neymar's happiness didn't last in Paris and he made it clear that he wants out of the Parc des Princes, which Pique says his ex-teammates had warned him would happen.

"We already told him that he was going to a gold prison," Pique added. "He knows the door is open."Two years after his Camp Nou exit, he seemed destined to return to Spain this past summer and the Catalan is surprised that it didn't happen, even if it wasn't to come back to Barcelona."I thought that he'd go to [Real] Madrid if he didn't come to Barcelona," Pique admitted.