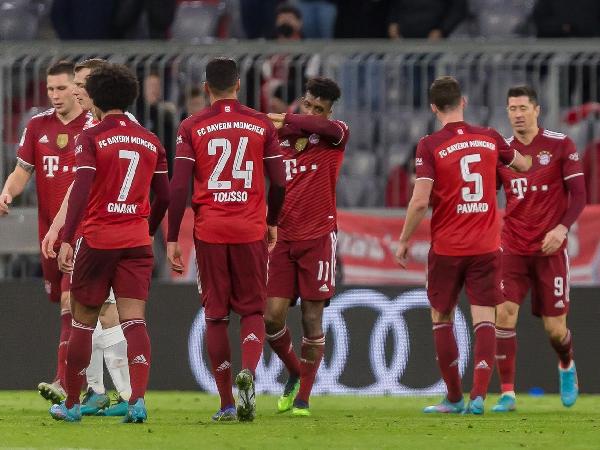 Bayern Munich produced a 5-3 win over RB Leipzig to lift the 2022 DFL Supercup in a highly entertaining game in Leipzig.

Bayern raced into the lead after a dull opening, when new signing Sadio Mane was dispossessed in the box before Jamal Musiala found room to strike home on 14 minutes.
Just after the half hour mark it was two when Serge Gnabry - who had flirted with the exit at Bayern before extending his contract until 2026 - teed up £42 million man Mane to slot home.
Just before half-time, Musiala was on hand to pick out Benjamin Pavard to make it three.
In the second half, Marcel Halstenberg looped a header with a deflection off Pavard to half reduce the deficit to two goals against last year’s champions, before Gnabry scored just after the hour to reassert the champions’ advantage.
There was a flicker of hope for Leipzig when Christopher Nkunku converted from the spot with 13 minutes of normal time remaining.
Despite Dani Olmo’s late third giving Julian Nagelsmann's side a scare, Leroy Sane added a fifth for Bayern in injury-time with a simple finish from close range.
Eurosport