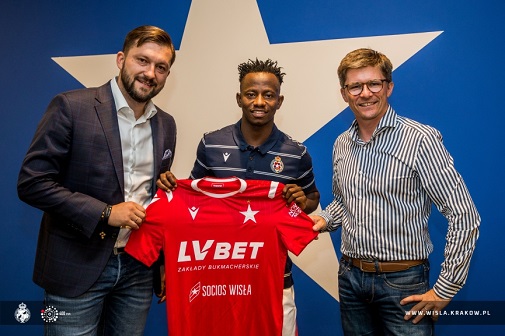 Black Meteors captain Yaw Yeboah has completed a move to Polish giants Wisla Krakow ahead of the 2020/21 season.

The 23-year-old has put pen-to-paper on a 3-year to join the Polish side from Spanish second-tier outfit Numancia. Wisla becomes Yeboah's fifth club in three years.

"Yaw Yeboah is a player of the White Star," Wisla announced on their official website.

"23-year-old Ghanaian winger Yaw Yeboah is another player who joined the team of the 13-time Polish champions. The contract binding the player with the White Star will be in force for three years."

He spent last season on loan at Celta Vigo B where he scored five goals in 20 matches.

He has represented Ghana at the U20 and U23 level.