Black Princesses arrive in Paris for friendly against France 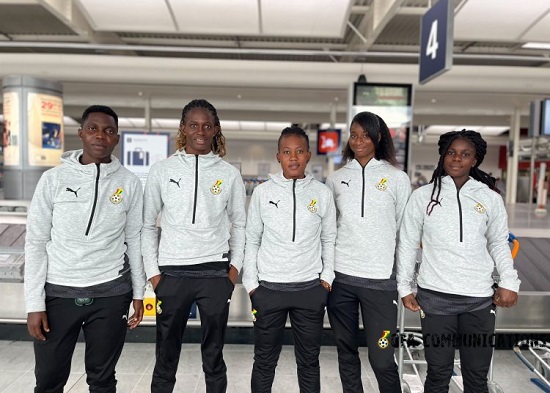 The Black Princesses of Ghana have arrived in Paris to continue their preparations for the FIFA U-20 Women’s World Cup Costa Rica 2022.

The team arrived at the Charles de Gaulle Airport in Paris to continue preparing for the 2022 U-20 World Cup.

Ghana will play France in a pre-World Cup friendly match on Friday, July 29, 20,22 before the Technical team settles on the final squad for the tournament.

The Black Princesses who are making a record sixth straight FIFA U-20 Women’s World Cup appearance are paired in Group D alongside the Netherlands, United States of America, and Japan.

Ghana will open its campaign against the United States of America on Thursday, August 11 before taking on Japan on Sunday, August 14, and the Netherlands on Wednesday, August 17, 2022, respectively.