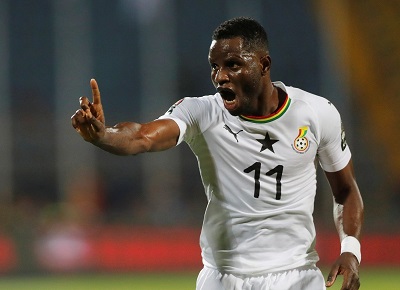 Black Stars head coach, Otto Addo has justified the inclusion of midfielder Mubarak Wakaso in the squad for the 2023 AFCON qualifiers against Madagascar and Central African Republic, as well as the Pre World Cup 4-nation tournament in Japan.

Wakaso’s inclusion in Addo’s 33-man squad was a surprise to many Ghanaians following his absence from active football for 6 months.

Otto Addo explains that Wakaso was called-up due to his experience with the Black Stars.

“We have experienced players who showed that they have the quality. How did you find his [Wakaso’s] performance when we beat South Africa 1-0?” Addo asked the press.

One of the pressmen responded ‘Fantastic’ with Addo remarking: “That’s the answer.”

They will compete in a four nation tournament in Japan as part of preparations for the 2022 World Cup in Qatar.