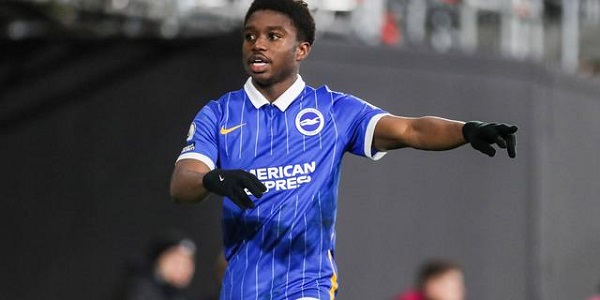 Brighton & Hove Albion defender Tariq Lamptey has decided to spend his holidays in Ghana as the 2021/22 Premier League season is over.

The 21-year-old was instrumental for the Seagulls in the just-ended campaign as they placed 9th.

He was in action when Brighton defeated West Ham 3-1 at Falmer Stadium on the final day.

Lamptey arrived in Ghana on Monday amid reports of a possible nationality switch, having rejected an invite from Lee Carsley.

"I am already enjoying it so far. It feels good to be back, it’s nice and hot. There is some good food and I am enjoying that," he told Joy Sports.

"To be honest, I just came back for holiday. Obviously, it’s been a good but long season so I just came to get some rest, some sun – I’ve come to see some family and friends that I have not seen for a while. I’m taking this opportunity just to relax and whine down after a long season."

Meanwhile, England U-21 coach Lee Carsley last week revealed that Tariq Lamptey was not named in the Young Lions' Euro qualifiers squad because he asked to be left out.

According to the coach, the 21-year-old doesn't want to partake in the upcoming Euro qualifiers against Czech Republic, Albania, Kosovo and Slovenia after being approached by Ghana to switch allegiances.

He said the right-back has decided to sit it out as he mulls over whether to represent the Black Stars instead.

“There’s an issue over his dual nationality. He’s had an approach. It’s something he’s considering at the minute, Young Lions boss Lee Carsley said.

“He’s asked to be left out of the squad for a bit of head space. He’s not switched, it’s not cemented or anything like that.

“But he’s had an approach (from Ghana), we have to respect that.

“We’ve made it clear how important we see him to us. I know the seniors have as well.

“It’s not something that we’ve given up on. Tariq is fully aware of how important we see him.”