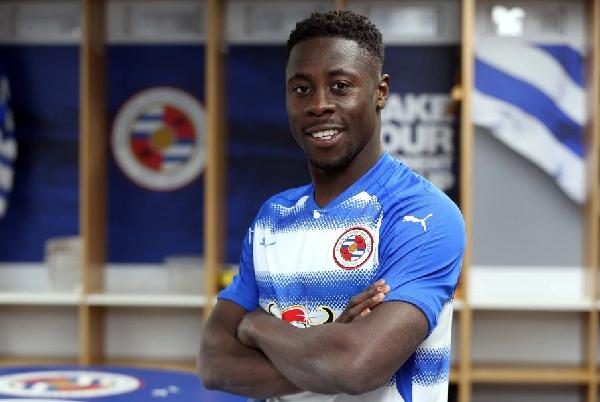 The right-back has penned a new 3-year deal with the Championship side until 2025.

Following his stellar performance last season where he was crowned the supporters 'Player of the Season’, Yiadom has also been rewarded with a new deal.

“Reading Football Club are delighted to announce that Andy Yiadom, the man crowned ‘Player of the Season’ by our supporters last month, has completed the paperwork on a new three-year contract at the club,” a club statement said.

“The experienced all-action right-back will now be in blue and white hoops until 2025 and the club now may well have at least one representative at this year’s FIFA World Cup in Qatar when Ghana take on Portugal, South Korea and Uruguay towards the end of the year.”

Speaking on the deal, Reading FC manager Paul Ince says it is good to know he will have the committed Black Stars player in his squad for next season.

“Andy epitomised everything we were hoping to see when Alex and I arrived at the club last season – desire, commitment, fight, determination, leadership and a real hunger to win. Defensively and offensively, he has been a fantastic player during the four years he has spent at the club to date and I am delighted he has agreed to be part of what we are trying to build here at Reading,” the manager said as reported on the website of the club.

Since signing for Reading FC in 2018, Andy Yiadom has made 132 appearances for the club and is now one of the key players at the club.Reading Football Club are delighted to announce that Andy Yiadom, the man crowned ‘Player of the Season’ by our supporters last month, has completed the paperwork on a new three-year contract at the club,” a statement from Reading FC said on Friday.