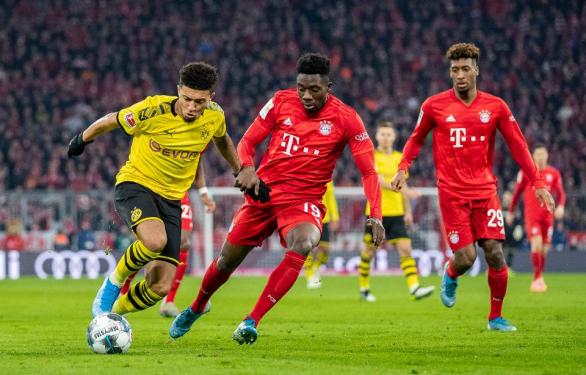 The Bundesliga season is free to restart in the second half of May after the German government gave the green light on a return to action.

Football in Germany has been suspended since mid-March, with coronavirus having infected over 150,000 people in the country so far. Almost 6,300 people have died of the disease in the country.

The league is the first of any of Europe's major leagues to be given clearance to resume playing, since the coronavirus pandemic took hold. Two of Germany's neighbours, the Netherlands and France, have ended their seasons.

The Bundesliga's General Assembly will be held in Frankfurt on Thursday to discuss the health and safety protocol to ensure the league's safe return. They are expected to decide on the start date and match calendar in that meeting.

The majority of Bundesliga clubs have nine matches left to play in this campaign - Eintracht Frankfurt and Werder Bremen have 10 - with leaders Bayern Munich four points ahead of Borussia Dortmund in second.

The league's potential return had been under scrutiny after Cologne reported three people at the club had tested positive for coronavirus last week and Hertha Berlin forward Salomon Kalou was suspended after ignoring social distancing measures at the club's training ground.

Former Chelsea player Kalou, 34, was seen shaking hands with his Hertha team-mates and interrupting a medical check-up of another.

On Monday, the German Football League (DFL) announced a total of 1,724 tests have been conducted on players and staff at the 36 first and second-tier sides in Germany since last Thursday, with 10 individuals returning positive coronavirus tests.

Following another round of testing, second division side Erzgebirge Aue has put its entire squad in self isolation after a member of staff tested positive for coronavirus.

Aue have not named the staff member involved but all players, coaches and backroom staff will stay at home ahead of more coronavirus testing on Thursday.