Bundesliga to use five substitutes for remainder of 2019/20 season 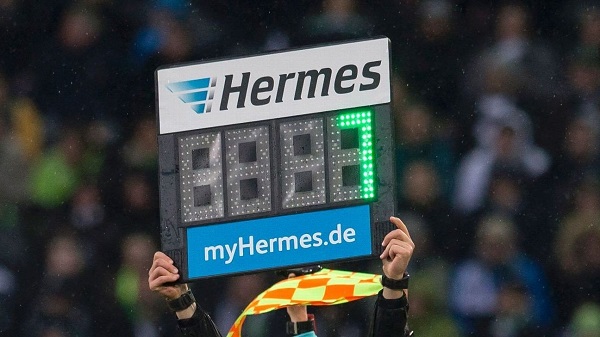 The Bundesliga will allow five substitutes per match for the remainder of the season when it resumes on Saturday, with managers given a maximum of three opportunities to use their allotment in an effort to reduce disruptions and time wasting.

With the restart of Bundesliga just two days away, the German Football League (DFL) has implemented the temporary rule changes that had been announced by the International Football Association Board (IFAB) late last week.

Per the new rule, coaches will have a maximum of three opportunities -- including the half-time break -- to make the five substitutions, and have been advised not to substitute more than two players at a time.

The DFL's decision was welcomed by Borussia Dortmund head coach Lucien Favre, who announced he expects all coaches to make use of the new rule.

"I am happy that we can substitute five players," Favre told a virtual news conference on Thursday.

Returning on May 16, both Bundesliga and Bundesliga 2 must complete nine match days by the end of June to complete the season. While the players have been training in small groups since early April, they only returned to full-team training last week.

The clubs haven't played friendlies and players are facing fitness issues. Several experts have warned the early return could lead to more injuries.

With the end date of the current season as well as the starting date of the 2020-2021 not set in stone, the German League also said that the DFL's chairman will be able to move the upcoming two transfer windows.

The DFL decided that matches can be played at a neutral venue in the event of "superior legal, organisational or security requirements." With that measure, the league hopes to circumvent possible regional shutdowns because of new infection hotspots within Germany.

READ ALSO:  Bundesliga to resume behind closed doors on May 16

The 36 clubs making up the DFL did not agree on a rule should the season be cancelled at a later point. However, a statement said that an agreement over the questions of relegation, promotion and all other decisions in the event of not completing the season must be reached in the next 14 days.

The clubs are currently split over the question of whether teams could be relegated or not.