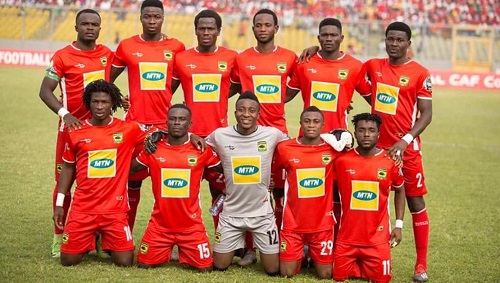 Ghana Premier League giants, Asante Kotoko have been drawn against Kano Pillars of Nigeria in the preliminary round of the 2019/20 CAF Champions League.

The Porcupines will be making a trip to Nigeria to play the first leg either on August 9,10 or 11 at the Sani Abacha Stadium while the return leg comes off 2-weeks later at the Baba Yara Sports Stadium.

Asante Kotoko are the only Ghanaian club representing in the CAF Champions League.

The Reds made their entering into the CAF Champions League by emerging winners of the Normalisation Committee Special Committee.

Following their return to Africa, the club have been busy supplementing their squad with as many as 9 players as they aim to make a mark in the CAF inter-club competition.