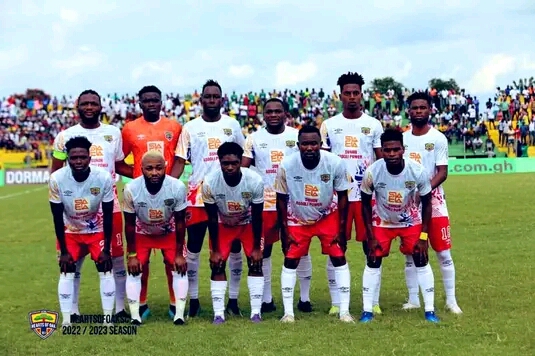 Hearts of Oak SC interim coach David Ocloo has named a 22-man squad for their CAF Confederation Cup match this weekend against AS Real de Bamako in Mali.

Hearts face the Malian outfit in the first leg of the second preliminary round of the CAF’s second club competition on the continent on Saturday.

The Phobians received a bye in the first preliminary round draw as their opponents on the other hand eliminated Burkina Faso club AS Douanes through penalty shootouts.

The Phobians are chasing the group stages of the Confederation Cup for the first time since the inaugural edition in 2004 where they won the competition.

Hearts will depart Ghana on Thursday to Cote d’Ivoire where they will do a transit before continuing the journey to Bamako.

The first leg will be played on  Saturday, October 8 at 4:00 pm at the 26th March stadium with the reverse fixture being held at the Accra Sports Stadium on October 16. 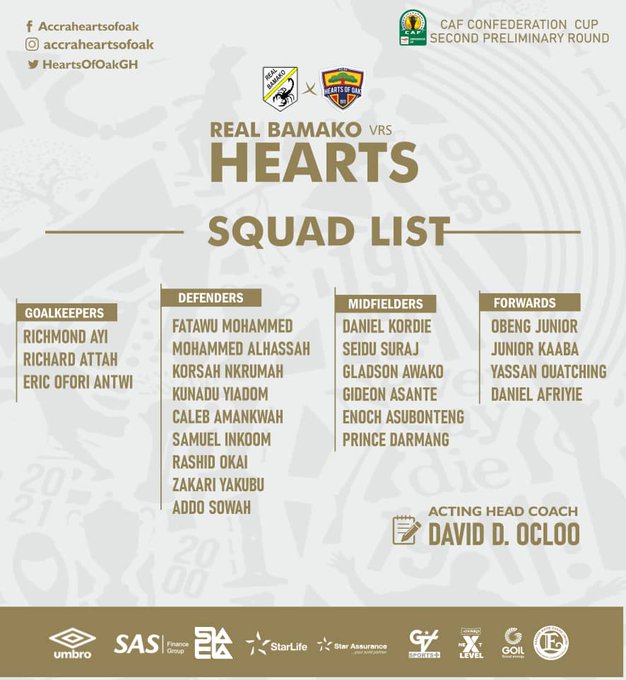