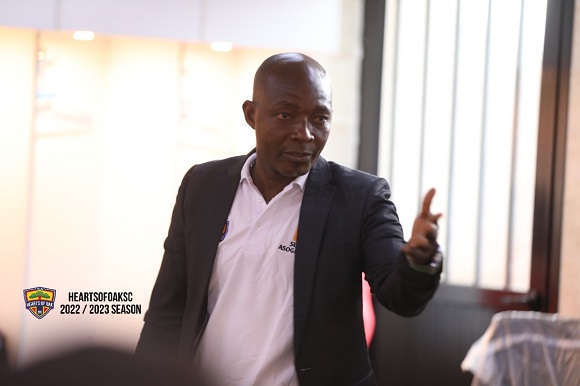 Interim Hearts of Oak head coach is confident of his outfit's chances of overturning the first leg defeat and processing to the next round of the CAF Champions League.

The Phobians suffered a 3-0 defeat from the first leg in Mali and are poised to overturn the result and keep their hopes of progressing to the next stage alive.

However, the coach believes qualification to the next round is not beyond Hearts of Oak. He added that his team will come good on Sunday.

“This is a no-match. I can confidently say we can turn this around. We played well. We created a lot of chances but no clinical. We are going to right the wrongs. They are beatable.”, he said.

Match Commissioner for the game is Alhaji Babagana Kalli from Nigeria and Christiana Baah is the COVID-19 Officer.

The match has been scheduled for Sunday, October 16,2022 at the Accra Sports Stadum. Kick off is at 3:00pm.

Hearts of Oak exited the CAF Confederations Cup at the play-off round last season following a 4-2 aggregate defeat against Algeria’s JS Saoura.

The Ghanaian giants are one-time champions of the competition in 2004.