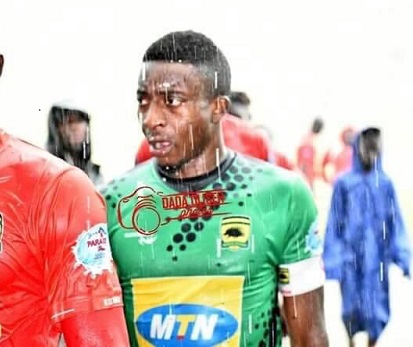 Asante Kotoko captain Felix Annan has revealed that his outfit has picked up some lessons from the game against San Pedro of Cote d'Ivoire.

According to the shot-stopper, the Ivorians were a hard nut to crack as they showed good character and mentality, something which the Porcupines have learnt.

"It was a difficult game and they were tactically disciplined. They had 3 to 4 people putting their bodies on the line when we were trying to score, that shows a good team with a good character but we wanted to win and we kept pushing and had the victory we needed."

"We have learnt something from the match because when you play against an opponent who has positives you definitely learn something ."

"They showed a lot of character and mentality and we have picked that from them and translate it in the second leg and hopefully, we get a good result."

Substitute Naby Keita became the hero of the day as he scored the all-important goal for Asante Kotoko in their 1-0 win over San Pedro at the Baba Yara Sports Stadium.

The Guinean international scored from the spot with the last kick of the match to a hand the Porcupines a major boost heading into the second leg in Abidjan.

The Kotoko-San Pedro clash used two days to finished the game due to heavy downpour which led to the match been called off after the first half and continued on Monday for the remaining 45 minutes.

Kotoko will be making a trip to Abidjan to play the return leg on November 2.