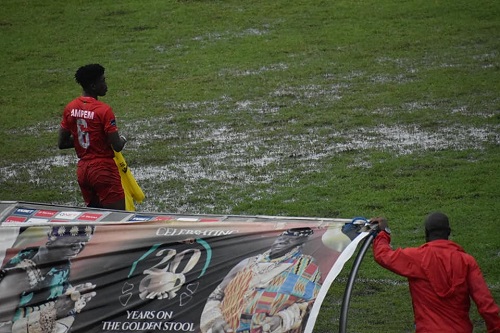 The CAF Confederation Cup encounter between Asante Kototo and San Pedro has been called off due to a rainstorm.

The game was called off due to the soggy nature of the field which made it difficult for the second half time to begin.

The South African referee Eugene Nkosinathi Mdlule after inspecting the field and delibrations between the management of the two clubs and the match commissioner the game was called off.

Prior to the game, there was a heavy downpour in Kumasi and that affected the smooth nature of the pitch.