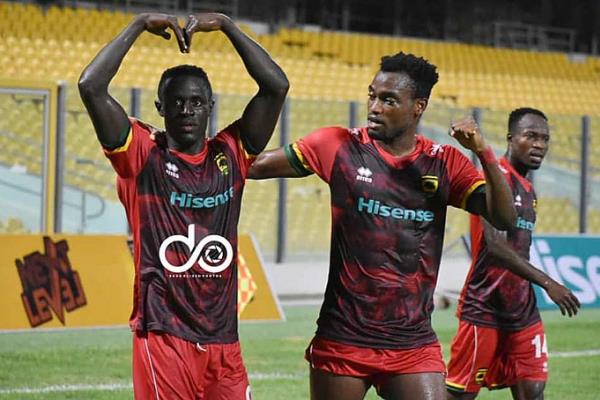 Kumasi Asante Kotoko will play Al Hilal of Sudan in the next phase of the competition being declared winners in the game against FC Nouadhibou.

Kotoko's second leg clash against FC Nouadhibou was called off twice before the were give the walk over after the Mauritanian side refused to take to the field.

The which was supposed to come off yesterday at the Accra Sports Stadium was called off after some two players from the away side tested positive for coronavirus, with just some few minutes to kick off after COVID-19 results released.

The game was delayed for over one hour which forced the referee to cancel the game.

CAF later issued a release stating that the game should be played Sunday, December 6, 2020, at the Accra Sports Stadium at 3:00 pm.

However, the referee has once again called off the match today due to due to a medical-related issue on the part of the away side and Kotoko has been given the green light to move to the next stage.

The Mauritanian side insisted on fielding the two players who have tested positive, thereby refusing to honour the match for the result not be granted.

The visitors traveled to Ghana with 16 players for the game. Two players from FC Nouadhibou tested positive for COVID-19 twice (yesterday and today).