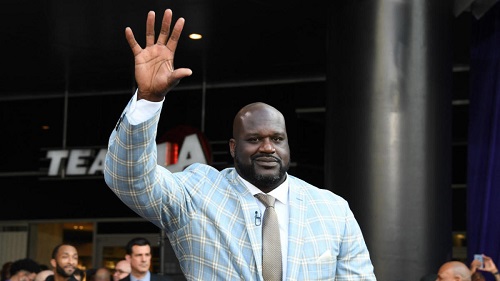 The NBA has started taking small steps to resume its season in the midst of the coronavirus pandemic, but one of its most famous alumni says it should forget about finishing the year and move on to 2020-21.

“I think we should scrap the season," Shaquille O’Neal told USA Today in an interview published Saturday. "Everybody go home, get healthy, come back next year. Just scrap the season. Just scrap it. To try and come back now and do a rush playoffs as a player? Any team that wins this year, there’s an asterisk. They’re not going to get the respect.

“What if a team that’s not really in the mix of things all of a sudden wins with a new playoff format? Nobody is going to respect that. So scrap it. Worry about the safety of the fans and the people. Come back next year.”

On Friday, the Cavaliers and Trail Blazers became the first teams to allow players to use their facilities for individual workouts in accordance with loosening stay-at-home restrictions in Ohio and Oregon. But on a conference call the same day, commissioner Adam Silver told players that a decision on resuming the season could still be more than a month away, the Washington Post reported.

Like other leagues, the NBA is considering whether to resume its season by playing without fans. O’Neal said he isn’t fond of that idea.