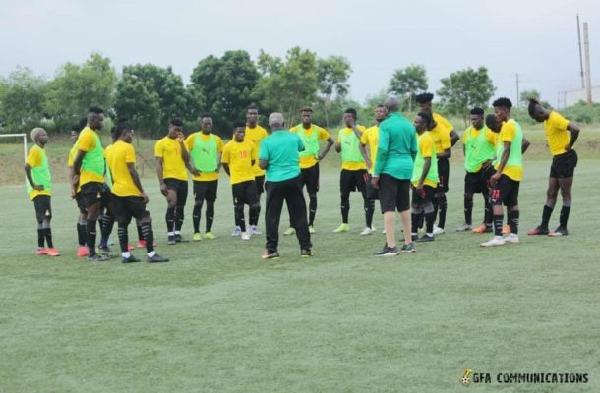 Head coach for the Black Galaxies, Annor Walker has named a 25-man squad for the upcoming CHAN qualifier against Benin.

The Black Galaxies have moved camp to the Central Region, as they intensify preparation towards the 2023 CHAN qualifiers.

The team arrived in Cape Coast on Friday, July 15, 2022 for the match against Benin.

READ ALSO: GFA announces how AshantiGold will be replaced next season

The team held their first training at the Robert Mensah at 4:00pm on Friday and played a friendly against Kenpong Academy on Sunday which they won 2-1.

The team has three goalkeepers including Asante Kotoko’s Danlad Ibrahim. Hearts of Oak poster boy Daniel Afriyie Barnieh is the top attacker in the team together with prolific striker Agyenim Boateng of Dreams FC.

The experienced midfielder will be assisted by Medeama's Vincent Atingah as 1st Vice Captain and Asante Kotoko' Imoro Ibrahim as 2nd Vice Captain.

Below is the Black Galaxies squad for the upcoming games in the CHAN qualifiers. 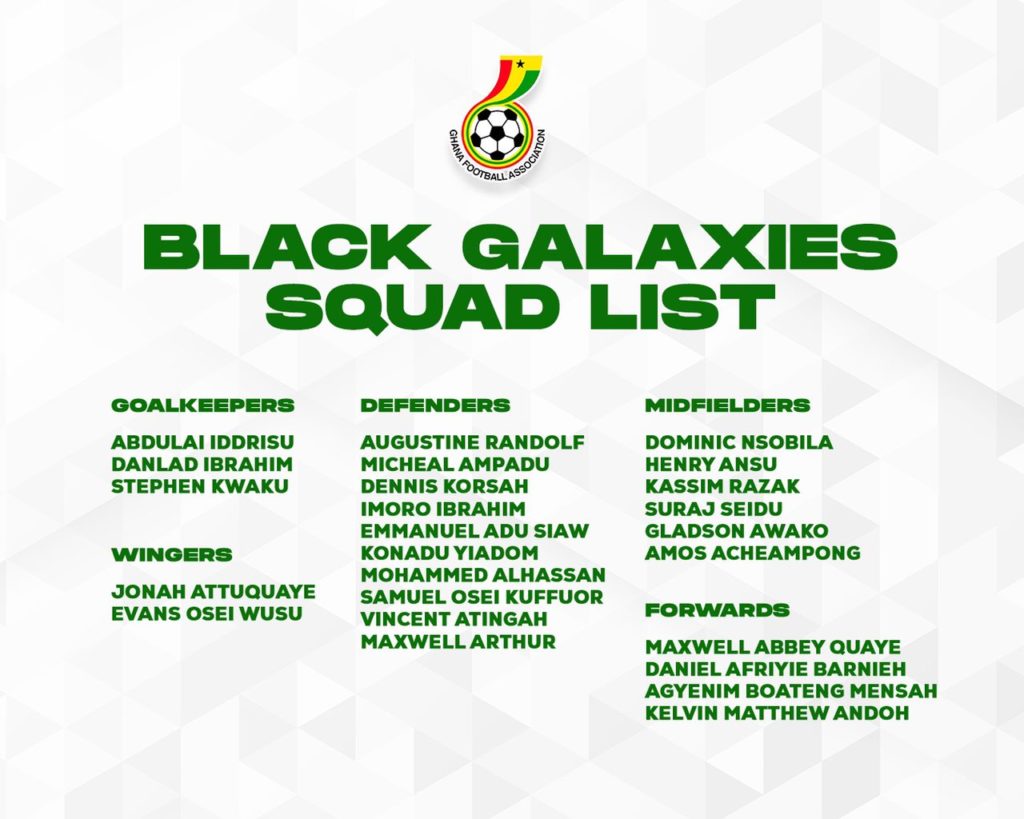