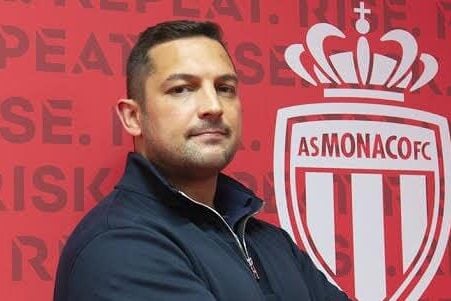 Monaco chief Laurence Stewart will be joining Chelsea in a new position as technical director to focus on football globally, a club statement said.

Todd Boehly has been busy revamping Chelsea's staff off the pitch and he has pushed hard to land Stewart, who will focus on 'football globally' as part of his new role.

Stewart said: 'I'm delighted to be joining Chelsea and excited about the vision and direction of the club under the new ownership group.

'I am excited to join them to help them build a world-class global sporting organisation to consistently win on the pitch at the highest levels and provide player pathways to help develop our talent.'

Chelsea chairman Boehly and co-controlling owner Behdad Eghbali added: 'Laurence is an important appointment as we plan to build a deep sporting team that will collaborate closely.

Stewart is seen as a real coup for Boehly as he fleshes out his recruitment off the pitch.

The director, originally from England, has RB Leipzig, Manchester City and the FA on his glittering CV.

Restructuring off the pitch has been central to Boehly's plans since he took charge from previous owner Roman Abramovich.

Long-standing director Marina Granovskaia and technical advisor Petr Cech left their roles when Boehly took over in May.

Boehly operated as an interim football director, as well as as co-owner, but that would not be sustainable long term and he is now assembling a star-studded cast of executives.

RB Leipzig chief Christopher Vivell, who left the German club last month, and Joe Shields, who is leaving Southampton, are among those expected to follow Stewart through the door.