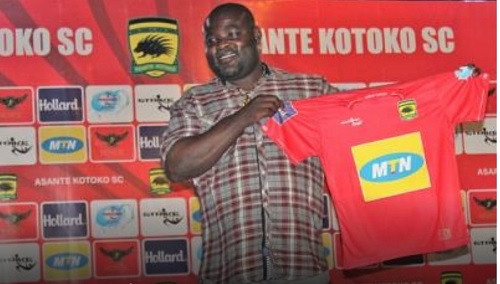 Businessman Christopher Damenya has been elected as the new leader of Asante Kotoko National Circles Council.

He beat off competition from Solomon Ofosu Ware to be the new chairman of the Porcupines supporters.

In the election held today at club's secretariat at Kwadaso in Kumasi, Christopher Damenya pulled 209 votes as against his competitor 118.

He will be taking over from Kwaku Amponsah affectionately called Chairman K5.

Jordan Opoku has put the blame of Asante Kotoko's recent misfortunes at the doorstep of two management members.

According to the veteran midfielder,  Accra Representative for the Porcupines Edmund Ackah and Deputy Operations Manager, Nana Kwame Dankwah are the club’s two main woes.

“Nana Kwame Dankwah and Edmund Ackah are the cause of problems in Asante Kotoko,” Opoku told Angel FM

Opoku further emphasized that those around the Executive Chairman of the club are the cause of his (Dr. Kyei) problems.

“Dr Kwame Kyei’s problems at Kotoko is as a result of those working for him,” Opoku added.

Meanwhile, local media reports from Kumasi indicate that Asante Kotoko set to part ways with the midfielder ahead of the upcoming season.

The reports add that he is being considered for the club's U-20 coaching job. The midfielder has however revealed that he has and binding contract with the Reds which will expire next year and the club can't retire him against his wish.

“Kotoko cannot organize a testimonial match for me when I have not told them that I am retiring from football. I am the best player in Kotoko now."

“I have a month and half contract with them and they told me that they are not ready to extend it but I don’t have a problem with it.” he added.