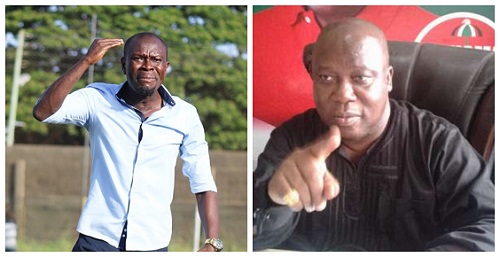 Ade Coker, the current Greater Accra Regional chairman of National Democratic Congress (NDC) believes it is irrational for the Black Stars coach to take higher pay than the President Akufo-Addo.

Ade Coker is of the view that the former Sekondi Eleven Wise, Hearts of Oak and Kotoko trainer is not in the elite bracket of coaches to take home $25,000 as his monthly salary.

Akonnor who was appointed in January, replacing Kwasi Appiah takes $10,000 less than the latter's pay.

" Something should be done about CK Akonnor's salary. How can you pay a local coach who has acquired foreign certificate $25,000 and besides he is not a world-class coach," Ade Coker told Accra-based Angel FM

Akonnor's salary has been a topic of discussion in recent weeks and it's been revealed that he is yet to receive his first pay since his appointed.

However, Sports Minister Isaac Asiamah in an interview made it known that the Black Stars coach has to take 40-50% pay cut on his yet to receive salaries due to Covid-19.

“I have told the coach [Akonnor] to accept a salary cut in the Covid-19 period before we pay him," Asiamah told Asempa FM.

"We cannot give him a full salary in the Covid-19 era, and we are waiting for a response from the FA.

“The coach has agreed in principle to accept a salary cut in this Covid-19 era, it's left with the FA to come out with the modalities for us to pay him."

CK Akonnor last week named a 23-man Black Stars squad ahead of his maiden game. The four-time AFCON champions lock horns with Mali in an international friendly on October 9 in Turkey.