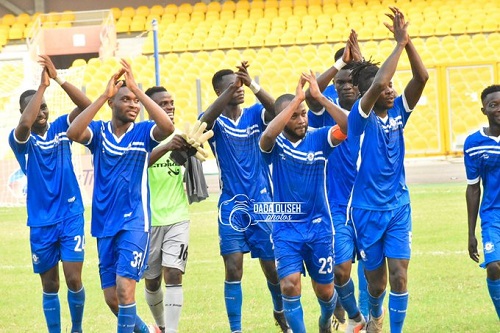 General Secretary of the Ghana Football Association, Prosper Harrison Addo saysÂ clubs will be given time to readjust before the various leagues resume after the Covid-19 pandemic.

Football in the country has been suspended as part of measures to control the spread of the Covid-19 pandemic.

Speaking in a radio interview Prosper Addo said "We must give the clubs some time to train their players and reorganize before playing football again."

â€œWe canâ€™t just let the clubs play immediately after the coronavirus comes to an end.

â€œWe have to observe safety measures such as hand washing, avoiding shaking of hands and so on.â€

He added that the GFA will be paying Ghana Premier League Referees part of the monies owed them this coming week.

According to him, Referees in the league will pocket four matchdays allowance from matchday 5 to matchday 8.

"For payments from matchday 5 to matchday 8 in the Ghana Premier League for referees, the money will get to the referees next week."

Ghana Premier League referees have only received allowances from the only four match days, despite handling games till matchday 15.

Each referee receives GHC 780 after-tax per game as allowance for handling men's game with the women receiving GHC 468 per match.