Coronavirus: We are focused despite playing Man United behind closed doors - Samuel Tetteh 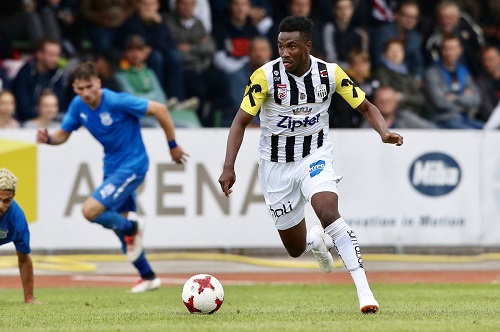 LASK Linz attacker Samuel Tetteh says his outfit is focused ahead of their Europa League showdown with Manchester United despite the game been played behind closed doors amid coronavirus fears.

The Austrian club this week announced that their first leg Europa League match against the English giants on Thursday, March 12 will be played in an empty Stadium due to coronavirus.

A post on the Linz club's Twitter account said: "LASK has announced that the home game against Man Utd scheduled for Thursday must take place without spectators. The association will provide further information after publication of the relevant decree."

Reacting to the publication, the Ghanaian attacker said although such a decision will affect the beauty of the game, he accepts the decision as peoples health is more important than football.

"Playing without the fans is unfortunate but we are still focused on the game because it still remains ... against Manchester United with or without the fans and it is sad for the fans who had already bought tickets for the game", the former WAFA player told Joy FM.

The Coronavirus outbreak has led to the postponement and playing without fans in many matches in the past weeks. Recently the Premier League announced thatÂ the pre-match handshakes between both teams and officials will not take place until further notice while all sport in Italy has been suspended until at least 3 April because of coronavirus.

Also, the Champions League clash between Barcelona vs Napoli will be played without fans.