Olympiacos issue statement after coronavirus tests ahead of Wolves clash 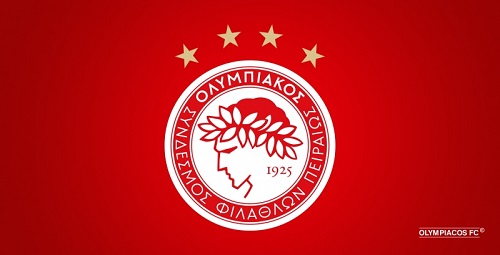 All of the Olympiacos playing staff, coaches and board members have tested negative forÂ coronavirus.

The Greek club, who faceÂ WolvesÂ in theÂ Europa LeagueÂ on Thursday, underwent tests after their ownerÂ Evangelos Marinakis, who also owns Nottingham Forest, revealed on Tuesday that he hadÂ been diagnosed with the virus.

A release from the club said:Â Olympiacos FCÂ informs that after the required medical exams to which all the members of the football staff (players, coaching, medical and technical staff of the team), as well as all the board members and staff, were submitted,Â all the tests came out negative for the COVID-19 virus.

Wolves requested to postpone their last-16 first leg match with Olympiacos but UEFA rejected it and the game will be played without fans.

Wolves manager Nuno Espirito Santo hit out at the decision to have the game played behind closed doors before revealing his side's reluctance to play the match.

'If we have to go (to Olympiakos) we will,' the Portuguese boss told Sky Sports. 'But we don't agree - we're not happy to go.Â

'I don't agree with playing football behind closed doors. The main origin of football is to entertain. If the fans cannot attend, what's the point? This is bigger than football.'Â

Olympiacos defeated Arsenal in the last round of the Europa League and, as a result of the subsequent diagnoses of Marinakis, Wednesday's Premier League match between the Gunners and Manchester City has been rescheduled.

'We identified that a number of players met the Olympiacos owner immediately following the game,' Arsenal said in a statement.

'The medical advice we have received puts the risk of them developing Covid-19 at extremely low.Â

'However, we are strictly following the Government guidelines which recommend that anyone coming into close contact with someone with the virus should self-isolate at home for 14 days from the last time they had contact.'

READ ALSO:Â Â Coronavirus: Barcelona vs Napoli to be played behind closed doorsÂ